Rent vs. Income: How Much Can I Afford to Rent?

There’s a golden rule with housing: never spend more than 30% of your monthly income on rent. For instance, if you earn $2,500 each month, you shouldn’t pay more than $750 in rent each month (no matter how amazing the place may be).

It’s no secret that cities like San Francisco and New York City have the steepest cost of living. But where else do residents splurge on housing? The team at Vio Security wanted to know how many people actually live by the rule of thirty. (Spoiler: it’s not as many as you’d think.)

Places like college towns or cities with large retiree populations affect a city’s gross rent as percent of income (GRAPI) and skew data, since residents are either unemployed or retired, work only part-time, or make a low wage. To fix this, we capped the median income of each city at $100,000 (in part also because wealthy demographics tend to buy instead of rent).

To create our list, we analyzed the cities with the highest and lowest GRAPI (a.k.a. the percentage of people in each city spending more than 30% of their income on rent). In other words, we found the cities where residents spend disproportionately on housing. 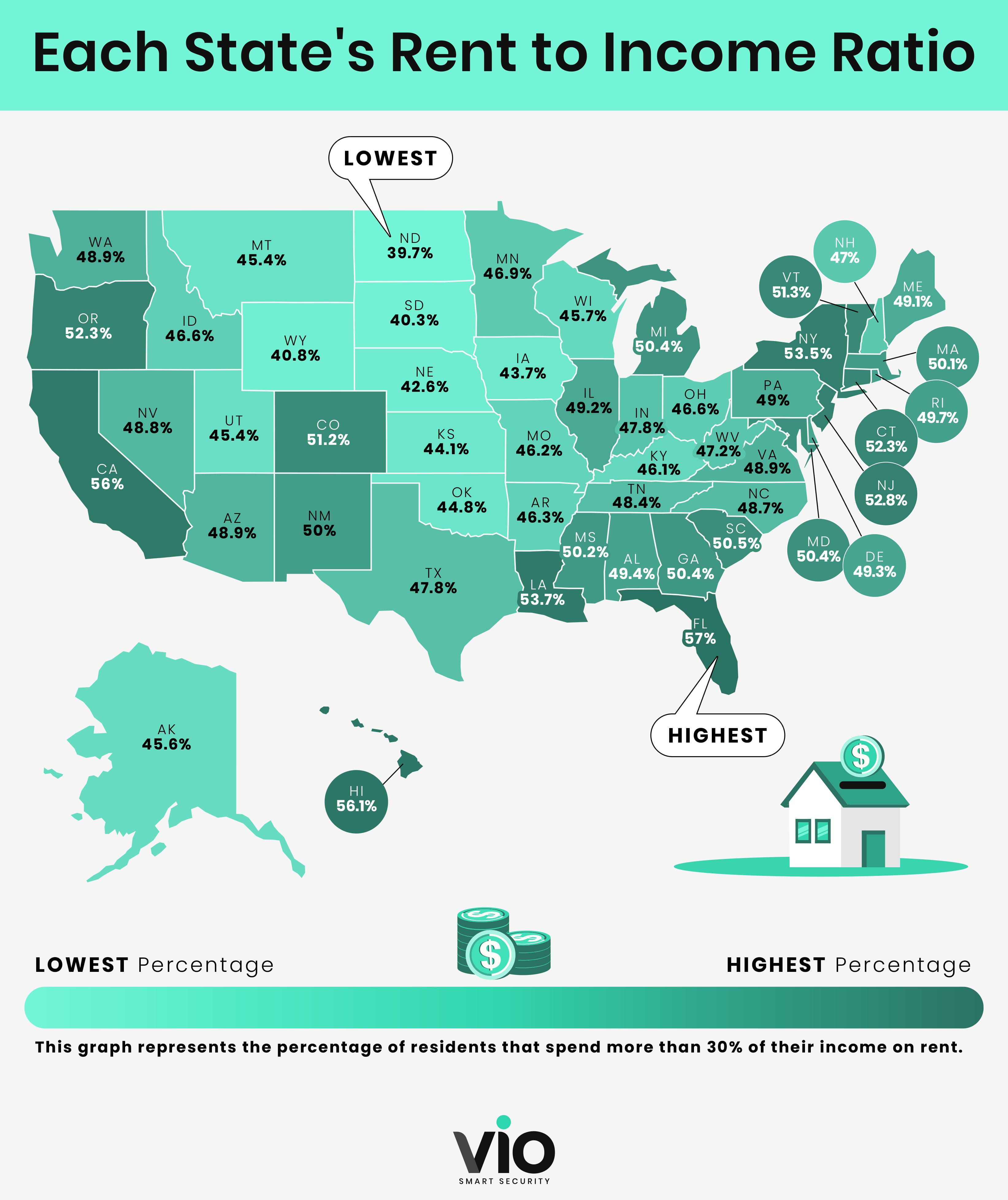 To find our numbers, we compared rent and income data for 2,075 cities in the United States. We analyzed the gross rent as percent of income (GRAPI) in each city to see how many people spend more than 30% of their income on rent.

In order to reduce the number of outlier cities that could skew data, we included only cities and towns that had 15,000 or more residents over the age of 15, plus a median income under $100,000.

To find the ratio of rent to income in each city, we dug up each city’s GRAPI. From there, we ranked each city based on what percentage of their population spends over a third of their income on rent (a.k.a. the number that’s greater than 30% GRAPI).

We calculated the median rent, median income, and percent of residents paying over 30% GRAPI from the 2017 American Community Survey 5-Year Estimates.

Regardless of how much you have to spend on housing, save on your peace of mind with Vio Smart Home Security. Manage your thermostat, check video surveillance, and do even more even when you’re away with our mobile app.